DICTATORSHIP TO THE TOUCH

"… I am absolutely convinced that without hope for a miracle, life loses its reality, naturalness. Life is panting, wasting away. Instead of her, her disgusting dummy comes to the fore and is overgrown with posters, calls, monuments ... "
Monologue from the film "The Kerosene Man's Wife" (1988)

Different dictatorships give rise to similar times and spaces. Time in them turns into timelessness, the past grows into the present with a rusty fence, the living is displaced by the formal and ritual. How does it feel to live inside a modern dictatorship? How does it feel if you thicken its space to the point of tangibility?

To the question about the nature of the dictatorship, Andrey Anro offers answers that do not lie on the surface: firstly, this is a metaphysical experience, secondly, existential, and, thirdly, bodily.


The metaphysical space of the dictatorship is concentrated here up to the dream world, where there seem to be no boundaries (all the dictatorships of the world are somewhat similar). It immerses you in a vague, disturbing dream about life in brown-green, black-blue and dirty pink. A rich and complex palette, in fact, but it seems unbearable - these colors are associated with the color of prison cells, and also perfectly absorb faces and generalize bodies.

Iktatura is the experience of immersion in the meaningless and absurd. In the painting "What Monet brushed off" the figure of the general on a small stool grows like a muddy green water lily. He is either burying the Master, or peering at the "people" scurrying somewhere below, or he is going to hang himself. "Portrait of a young Belarusian ideologist" enters into dialogue with him. The young man has a socialist-realist look with honest blue eyes, which says that everything in his life-under-dictatorship will be good: both work, and salary, and new ones. But the deathly blue glow on his face is not accidental: he will also have the experience of senseless submission, reproduction of other people's speeches, farewell to the Master and existential emptiness.

Perhaps it is the fear of this emptiness and the future without the usual supports that causes the funeral trance when the Master dies. The funeral of the leader is the most emotional and meaningful of all the rituals of power of a dictator, a pathetic ritual code. For those who have arranged all the meanings of life in his imaginary figure, who are accustomed to their place in the vertical of power, who have agreed that he is just a little hungry person, saying goodbye to the conventional comrade Kim Jong Il is a disaster. 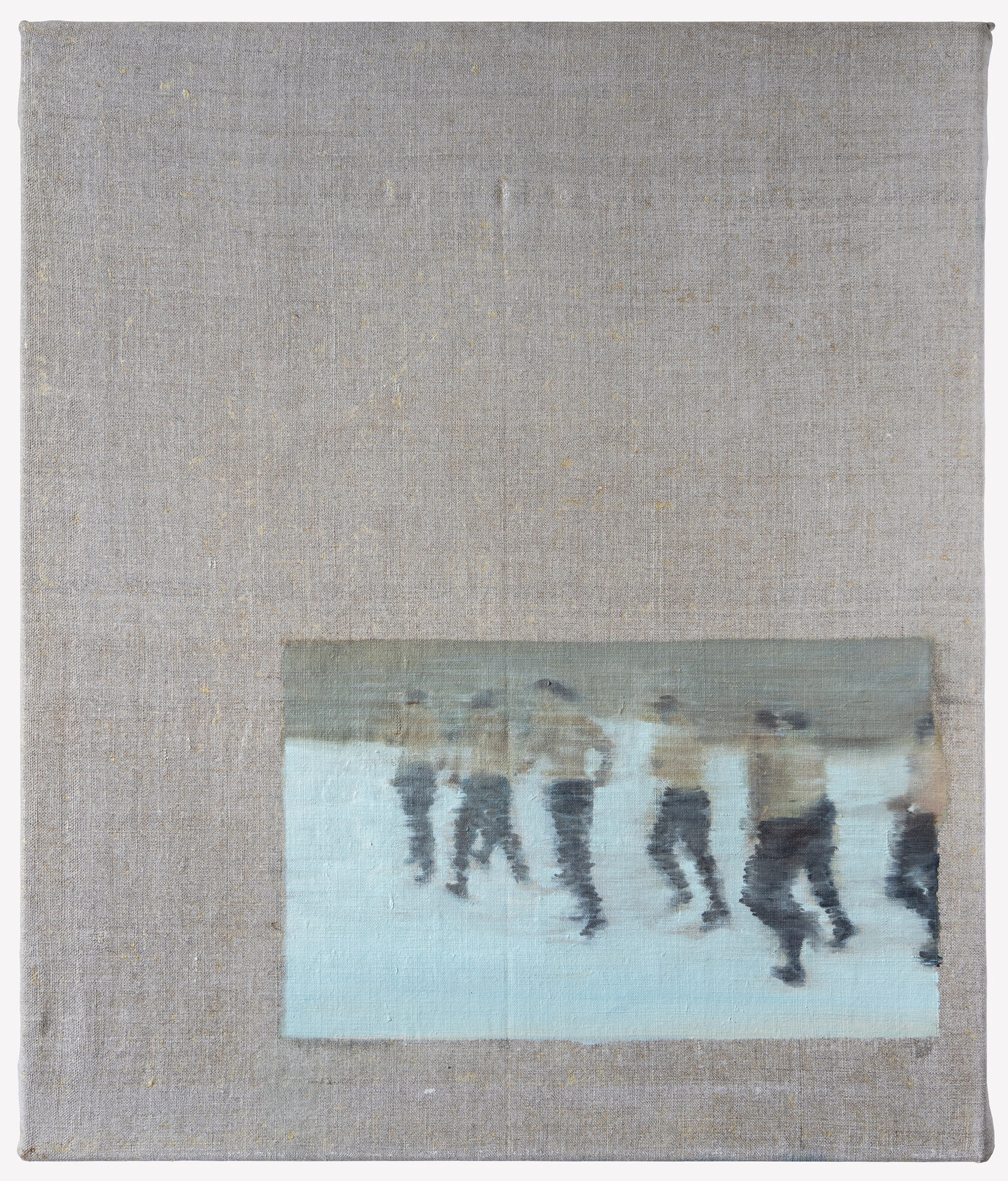 Dictatorship demands submission not out of fear, but out of love. The trick of any dictatorship is to convince that "the main face of the state" almost from birth has a face suitable for a ceremonial portrait, bust and monument. A person worthy of being quoted and replicated. The series "Portraits of the Leaders" destroys this illusion, returning the human to the leaders. Dictators are not monuments to themselves, they are just people spoiled by unlimited power.

Citizens living within a dictatorship are forced to have a short memory. Belarusians do not remember the images of their missing fellow citizens or the fact that in our state there is still the death penalty, otherwise one cannot survive in this murky dream. However, this memory is imprinted on our bodies, which retain the memory of stress, alienation, fear of arrest, torture and lawlessness. Perhaps the body's memory is inherited. Redi Maid a series of pieces of laundry soap with stamps-portraits of Soviet leaders who were involved in the work of the OGPU-NKVD and terror - in my opinion, just about this. About the connection between the dictatorship of the past and the present, and about the fear of funnels and transport vehicles, where they will try to erase your personality to a remnant. And that if the dictatorship has a smell, it is the smell of laundry soap.

What is it like to live in modern Belarus? It's as if living against the background of the "Political Landscape in the Center of Minsk", going about your own business, if possible, until the power enters your house. According to Andrey Anro, he took pictures of the night landscape with the official flag from the window of his workshop. Next to the video projection, the artist placed a sound bird repeller with an infrared motion sensor - these are located around the presidential administration. In the alarming summer of 2020, this landscape is directly associated with the nightmares of a dictator, and with aggression, and with the agony of a dictatorship.

"The system in Belarus is based on disrespect for a person." Artist Andrey Anro - on politics, art and a sense of change

Radio Liberty: "It's a big risk for the government." An exhibition about dictatorship has opened in Hrodna

Racyja: Hrodna: an exhibition where you can see portraits of dictators

Narodnaya Volya: "The silence speaks volumes" - an exhibition about dictators and their victims in Grodno